I Have Retired. Does My Insurance Retire, Too?

As a homebuilder, you spent your life making sure the work you did was safe and sufficient. Every year you purchased a commercial general liability (GCL) policy just in case. You made it many years with no claims and want to reward your good work with a much deserved and overdue retirement in where else? Florida. 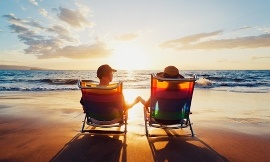 Understanding that coverage under the CGL policies you have purchased is triggered by an “occurrence,” thus solidifying coverage “forever into the future,” you decide not to renew your policy. After all, who wants to keep paying for insurance on a business they no longer work in, especially knowing that if a claim were to arise from past work you’re covered anyway?

Basking in the sun next to your cellular phone, you are surprised to receive a call from a familiar voice from your past. It’s your insurance agent, informing you that a deck you installed on a home two years ago collapsed during a party. No one was killed, but several of the 35 folks on the deck were injured. A claim is being filed against you for the injuries and damage to the home resulting from the accident. Your agent then informs you that you have no insurance to cover the claim.

How could this be? After all, you always purchased “occurrence” CGL policies, including the policy in force two years ago when you built the deck. And since “occurrence” coverage goes forever into the future, why is there no insurance coverage for this recent accident?

The concept of an “occurrence” policy is one of the most misunderstood in liability insurance. It is true that an “occurrence” policy could provide coverage for accidents that happen well after the policy has been in force. However, the agreement in the policy says that for insurance to apply the “bodily injury” (in this case to the folks rudely introduced to the ground below the deck) and/or “property damage” must occur during the policy period.

To simplify, some refer to an “occurrence” policy as “boom” coverage. Specifically, when did it go “boom?” In this case, while the negligently constructed deck was installed two years earlier, the “boom” happened when the deck actually collapsed; this was the accident that caused the bodily injury and property damage. The only liability coverage that would cover this claim would be a policy that was in place when the deck actually went “boom.”

You can leave a business behind, but liability can follow you forever. Anyone in a business that provides products or services is susceptible to this fact. To address the risk of the unknown, insurance companies have developed insurance called discontinued operations liability. This policy will continue to provide liability insurance to you even after interest in a business ceases. It will help you enjoy the future even if the past gets in the way.

Expired Medicines - Are they Safe?

To Purchase or Not to Purchase Rental Car Insurance